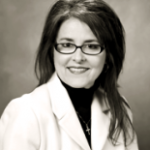 Recent Posts
Updated PPE Items, including N-95 masks Public masking guidelines Physicians can opt-out from 2020 MIPS program Is it safe to go to a doctor’s office? Register to Vote in the Primaries!