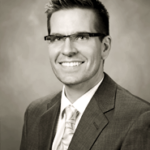 Dr. Paul Klimo Jr. earned his undergraduate degree at Simon Fraser University and medical degree from the Medical College of Wisconsin. From 1999 to 2005 he did his neurosurgical training at the University of Utah under the direction of William Couldwell, Ronald Apfelbaum and Jack Walker. During his residency training, he obtained a Masters of Public Health. After his residency, he pursued subspecialty training in pediatric neurosurgery at Children’s Hospital, Boston/Harvard University under the guidance of R. Michael Scott.

In 2006, he entered active duty in the United States Air Force. He was stationed at Wright-Patterson Air Force Base in Dayton, Ohio. During his four years of active duty, he was deployed to Afghanistan at Bagram Air Field in support of Operation Enduring Freedom. He received an honorable discharge in July 2010 as a Lt. Colonel-select. Dr. Klimo joined Semmes Murphey Clinic in 2010. His clinical area of expertise is pediatric neurosurgery, with particular focus on brain tumor, vascular disorders, endoscopy and concussion. He participated in drafting and lobbying for the recently passed Tennessee Medical Association sponsored sports-concussion bill.

He currently serves as the Chief of Pediatric Neurosurgery at Le Bonheur Children’s Hospital. Dr. Klimo and his wife, Megan, have four children – Sofia, Isabella, Lukas and Jaxon.