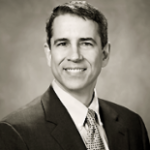 Dr. Lance Jefferson Wright was born on February 5, 1960 in Odessa, TX. He grew up in Dallas and later Houston, TX. He attended Texas A&M University where he graduated in 1982, Summa Cum Laude with a Bachelor’s of Science Degree in Zoology. He was admitted to the Alpha Phi Omega Honor Society and was elected to “Who’s Who in American Colleges and Universities”. Dr. Wright attended Medical School at the University of TX Health Science Center in Houston, graduating in 1986. He performed his internship at Charity Hospital in New Orleans and completed a neurology residency at the University of TX Southwestern Medical School in Dallas. A fellowship in epilepsy and neurophysiology followed in Dallas as well.

Dr. Wright practiced neurology in Wilmington, NC for two years before joining the Semmes Murphey Clinic in 1993. He served in the US Navy Reserves attached to Fleet Hospital 21 where he attained the rank of Lieutenant Commander. He is an Assistant Clinical Professor at the University of TN School of Medicine.