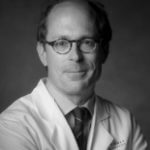 Dr. Michael attended the University of Tennessee College of Medicine. He was an active member of the Medical Student Executive Committee and was elected to the Alpha Omega Alpha academic honor society and the Imhotep Leadership Society. Upon completion of internship in general surgery, he began his neurosurgical residency at the University of Tennessee in Memphis. Along with his clinical duties, he was involved in multiple research activities and published articles in respected medical journals. He served as Chief Resident of the program during his final year. Under the influence of Dr. Jon Robertson, he developed a significant interest in skull base neurosurgery. Following graduation, he completed a twelve month international fellowship in skull base neurosurgery in Bristol, England, under the guidance of Professor Hugh Coakham and Mr. Richard Nelson.

He is currently an Associate Professor and Program Director for the neurosurgical residency program at the University of Tennessee. He is also medical director and director of cranial base surgery for the Methodist Brain and Spine Institute.