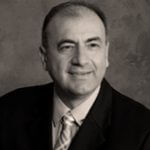 Dr. Kenan Arnautovic was born in Sarajevo, Bosnia-Hercegovina. He grew up and completed his education in Sarajevo except for a few of his pre teen years which he spent with his parents in the Sudan, Africa attending the Comboni College (Italian/English) while his father was a University Professor teaching Veterinary Anatomy.

He graduated from the School of Medicine, University of Sarajevo as the top student in his class. He did part of his Internship in Sarajevo and part in Sinsheim-Heidelberg, Germany. After graduation, he worked several months as a Deputy Chief Medical Officer for the XIV Winter Olympic Games in Sarajevo in 1984. He obtained a Master Degree in Neurosurgery on the topic of Spinal Trauma (SCIWORA) and PhD thesis on the topic of Chiari I malformation in adults.

Dr. Arnautovic did his first residency in neurosurgery at the Department of Neurosurgery, University Clinical Center in Sarajevo, Bosnia-Hercegovina. He also spent part of his neurosurgery training in Hannover, Germany. He then practiced neurosurgery in Sarajevo for two and a half years.

In 1994, Dr. Arnautovic immigrated to the United States. He did his second residency in neurosurgery at the University of Arkansas for Medical Sciences in Little Rock, Arkansas. He also completed a skull- based fellowship there. He was proud to be the neurosurgery resident there under the world leading neurosurgeons that include Dr. Sam Al-Mefty, Dr. Gazi Yasargil, Dr. Glenn Pait, Dr. Rick Boop, Dr. Ali Krisht and Dr. Charli Teo. Dr. Arnautovic is a Diplomat of the American Board of Neurosurgery (Board Certified).

Dr. Arnautovic joined Semmes Murphey Clinic in 2003. He also serves as a Professor at the Department of Neurosurgery, University of Tennessee in Memphis. Dr. Arnautovic has published extensively in neurosurgery peer-reviewed journals and has made 3 front cover articles of the most prestigious Journal of Neurosurgery.

Dr. Arnautovic is married to Sanja Arnautovic. They have two daughters, Aska and Alisa. In addition to the English language, Dr. Arnautovic speaks Bosnian and understands Latin and German.