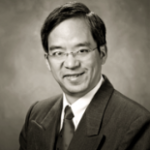 Dr. Feiyu Chen was born in Guangzhou, PR of China on December 13, 1961. Because of his excellent scholastic records in high school, at age 16, with special permission, he was admitted to the Guangzhou Medical College in 1978. He graduated from the medical school in 1982, then practiced medicine and performed clinical research in the medical school.

In June 1986, he came to the United States, worked in the Centers for Disease Control and Prevention (CDC) as a research microbiologist, and pursued a PhD at Georgia State University. He graduated in March 1992 with a PhD in Microbiology and Molecular Genetics. He was the national award winner by the United Achievement Academy, 1988, and Who’s Who among students in the American University & College, 1989-1990.

In June 1992, he started medical residency training at New York Hospital, and completed his neurology training at The University of Tennessee, Memphis in 1996. After the residency, he joined the Canale Clinic as a private practice neurologist. In 1998, he started work at the Semmes Murphey Clinic.

He is married with two daughters.