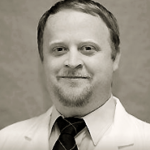 Dr. Hoit grew up in Colorado Springs, Colorado. His college and medical school were completed at Johns Hopkins University and Yale. While at Yale, he developed an interest in neurosurgery, and went on to complete his training at Tufts New England Medical Center in Boston. As a resident, he further refined his interest to vascular and endovascular neurosurgery. His research there focused on new endovascular devices and medical imaging technology for the treatment of brain aneurysms, arteriovenous malformations, and cerebrovascular occlusive disease.

After residency, he completed a fellowship with Semmes Murphey, and the University of Tennessee in endovascular neurosurgery and has remained with the group and academic practice in a faculty position. He maintains a general neurosurgical practice with a focus on vascular disorders. As part of the vascular group, he continues to be actively involved in the process of medical device and outcomes trials, and serves as the Surgery Center Director at Semmes Murphey, and the Medical Director for Stroke at Baptist Hospital-Memphis.